I think this video has been making the rounds, but when I stumbled onto it I had to share. It's a beautiful look at Disneyland from the past.  Filmed in 1957, about two years after Disneyland first opened, you can see that the park is not nearly as crowded as you'd find it today. You can also see that the "Disneyland experience" is not just about the rides, but also about walking through this new fun place.  A permanent, themed amusement park such as this was a fairly new and radical idea at the time.   There are a few things that I find striking after watching this video---  how clean-cut and well-dressed the park goers all are, and... how white everyone is. 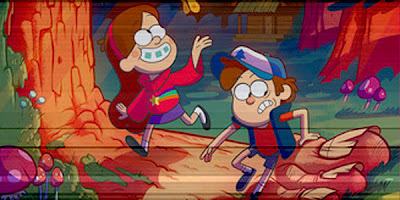 While wasting time when I should really have been working today, I stumbled across the main titles from The Pink Panther animated series I'd worked on from the early 90's.  This version of The Pink Panther was my very first writing gig in animation - as a kid I'd watched the classic Pink Panther cartoons and I was definitely a fan.  The 1993 series ran for only two seasons, but it was a great crew, a lot of fun, and a really nice looking show. The style of the show has a heavy 90's feel to it, but I still like the jazzy version of Henry Mancini's Pink Panther Theme that was arranged for the titles.

The show caught flak from a lot of "Pink Panther purists" since MGM made the decision to have the Panther speak.  I have to admit I was a little doubtful about this change as well, but ultimately I think it worked out fine, especially since Matt Frewer of Max Headroom fame was cast as the voice of the Panther. 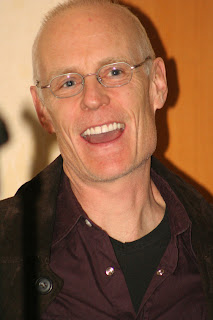 Posted by Thomas Hart at 2:08 PM No comments: