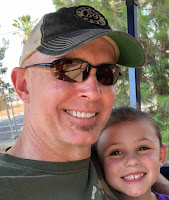 Thomas is an Emmy® nominated writer, story editor, and producer who works in children's animation, having written for such shows as: The Penguins of Madagascar, Kim Possible, Mouseworks, Get Ed, Dave the Barbarian, Care Bears, and lotsa’ other notable, and not so notable, children’s shows.

Interestingly, long ago and far off in the Midwest, Tom wrote, produced, and starred on his own local late-night sketch comedy TV show called Live on Tape – the show aired on a FOX station in Davenport, Iowa and it was a great example of low-budget, local TV at its crappiest... er, um... cheesiest.